You are here: Home / Family / IVF: Our Story Of Loss and Hope (Part 3)
The crazy thing is that I am a perfectionist. Extremely so. And I rarely ask for help. Not because I don’t necessarily need it. Mainly because it’s just easier for my organized mind to do it myself. It’s hard to let go of control sometimes. But, it’s something I am learning more and more as I get older.
If you are new to Our Story be sure to check out Part 1 & Part 2.
When I woke up from my surgery I actually remember feeling pretty decent. I was the only one in the recovery area and I remember the nurse saying she was going to call my husband down.
As soon as Jason came in I remember asking him if they took anything out or if we could still have kids. He assured me the surgery went well.
After that I remember feeling really groggy. The nurse asked how I was feeling and if I was ready to be moved. She said that they preferred to keep me overnight but if I thought I was up for it I could leave after I ate something and went to the bathroom.
Sign me up. Jason and I are both on the same page when it comes to hospital recovery rooms. Get in and get out as soon as possible. I scarfed down a piece of peanut butter toast (my staple for hospital food) and sucked down a coke. Now, the bathroom. The nurse helped me in and I swear I sat in there for what must have been twenty minutes. The nurse checked on me three or four times and I kept telling her I was fine and needed time.
I have never been so happy to pee in my life.
I was finally able to go home.
Really a lot of that night was a blur, just the bits and pieces that stick out now in my mind. But, the most entertaining I think was probably what happened when we got home.
We walked in the door at probably 1 or 2 AM. And the first thing I did was start getting out the crockpot and digging in the pantry. He was really confused and asked me what I thought I was doing.
My reply, “Well, it’s my week to cook and I don’t think I will be up for it tomorrow so I want to put a roast in the crockpot. Can you go downstairs and get me one?”
I made french dip sandwiches that night to prepare for my lunch for our guys the next day. What is wrong with me?! My brother in laws are definitely not opposed to going to town, or eating cereal, and I am guessing my mother in law would have gladly cooked for me. But no, me being me, I had to do it myself. I just had to. This was an area of my life I could control.
I spent a few days recovering and going through everything in my head. And I started thinking of all the things I wanted to ask the doctor. And I had also decided I was done.
I was done trying to have a baby. I was done with loss. I was done with the emotion of loving the idea of being a Mom. God just didn’t have it in the cards for us. I was sad. I was devastated. But I was just emotionally drained. I was sick of tracking my temperatures. I was sick of charting those temperatures. I was over trying to monitor when I ovulated perfectly so I didn’t miss the day.
After about a week we had a follow up with our doctor. She sat me down and talked about everything that had happened. The embryo had most likely burst trying to make it’s way down my fallopian tube, and it had burst because my tube was bent at a 90 degree angle. They also found stage 3 & 4 endometriosis.
Then she told me that my best shot for having a baby was right now. The next cycle I was going to have. I was completely shocked and I said I wasn’t ready. She asked me to give it one more shot. I had about a three month window before my endometriosis started to build back up again.
After a lot of tears. We tried one more time. And I am so happy that we did. Because we ended up with a true blessing. A true miracle. I won’t lie, for nine months we were scared to death. Scared so much that we would lose our baby. I don’t think I really believed I could have a healthy baby until the week passed that the baby could finally survive outside of me if born early. And even then I was scared.
And after being in labor for nearly three days at the hospital and finally having a c-section to a short NICU stay it’s safe to say that I was scared until the minute I brought her home.
I remember sitting on the couch in the dark (Jason dropped me off and headed to the farm- I think he needed some fresh air!) and just looking at her and being scared to death. And then I took a deep breath and remembered I was finally a Mom, I started praying and thanking God for blessing me with a beautiful, healthy little girl. 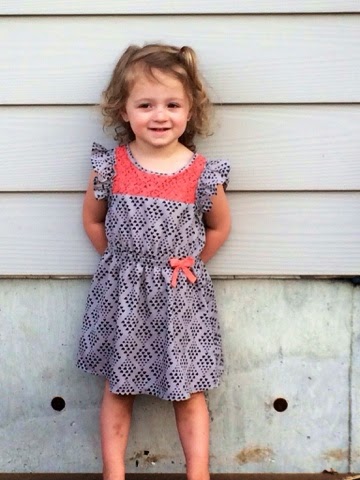 I was tired and my incision hurt. I was confused with the whole breast feeding thing. But, the one thing that I was absolutely sure of was that I felt truly blessed to finally hold our baby in my arms. I know that my other two babies are sitting with our heavenly Father and that brings me strength in the times I feel down. Everything happens for a reason and God gives us trials to bring us closer to him. And that is exactly where this road has led us. Closer to Him and the story He has written for us. And he definitely isn’t done with ours.
Continue to Part 4