You are here: Home / Family / My One And Only Broccoli Harvest

I finally made the plunge last week and actually broke off the last of my broccoli plant. I steamed some up for Ellie and I’s supper and then I couldn’t do it. I just couldn’t eat it.

I have already broken off many pieces of my broccoli plant with good intentions to eat it, but then I bring it inside and decide it was better outside or I gave some to my in laws.

There is nothing better than being able to walk out to your garden and grab what you need and then bring it inside to immediately be eaten.

Last night we had some friends over for supper and was proud to say that a lot of what was on the table came directly from our farm. We enjoyed steaks. I also was able to get a few green beans and a couple of tomatoes from the garden. I also had some asparagus from my in laws who have a pretty big patch. I had some strawberries and raspberries too, but apparently Daddy gave those to Ellie for lunch while I was in town! 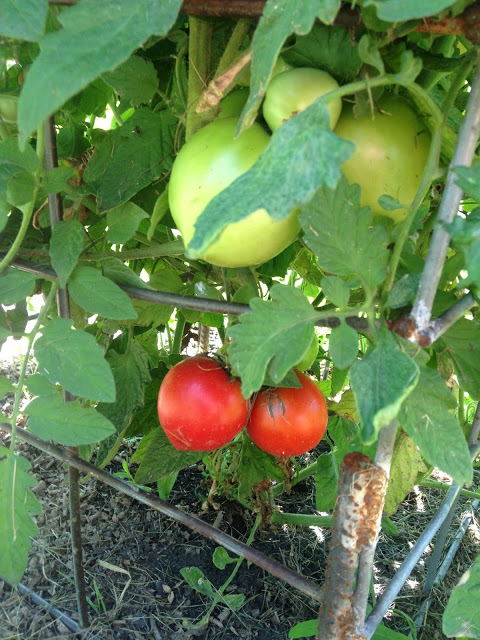 This is my 4th summer gardening and I have had some really great luck for someone that really hasn’t been doing it that long. Up until this year I have always, always enjoyed fresh broccoli. Yum.

However, last summer I encountered a pretty interesting situation.

We started chopping silage pretty early last year, and combining early. Thanks to the drought, everything completed their growing cycles early.

Because we were so busy on the farm I would often come home and start mowing my lawn at about 10 or 11 PM; sometimes there are just not enough hours in the day!

Anyway, after finishing up my mowing I decided the perfect supper was some broccoli. I grabbed it off my plant in the dark, brought it inside, rinsed it, placed it in a bowl, and sat down to blog.

I then proceeded to eat the entire bowl, except one piece. I picked up that one lone piece of broccoli and realized it felt a little mushy. I assumed I must have broke off one that was starting to go bad so I wasn’t too concerned. I kept blogging.

About 20 minutes later I stood up and took the bowl to the sink only to see that the mushy spot I had touched was a grub. A big, fat grub.

I tried very hard not to freak out, I simply laid the bowl down and proceeded to down two glasses of water.

About 10 minutes later I go back and glance at the bowl.

Now…there are 3 grubs. Oh my gosh. This piece of broccoli, and I am not exaggerating, wasn’t any bigger than a golf ball.

Then I really was sick to my stomach.

A few minutes later my husband walks in and I recount this entire story to him. He then proceeds to look straight at me and say…

And that sums up our relationship.

Here is to the last harvest of broccoli I could barely stomach. It hung out in water for about 3 hours and was steamed. With zero grubs.

Personally, I am enjoying the beauty of my flowering broccoli plant much better than fresh broccoli. 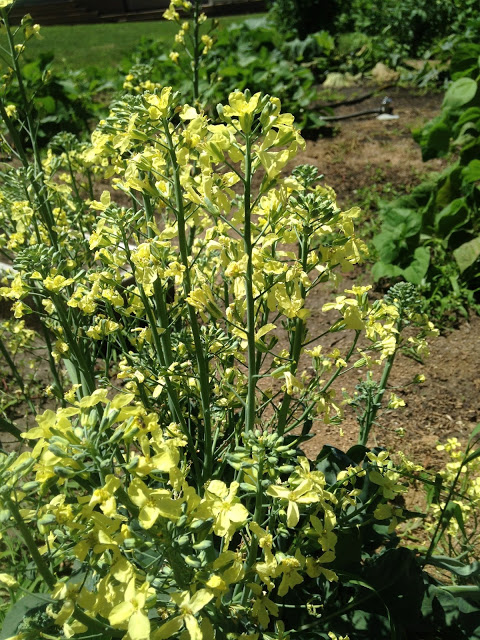 Publisher’s Note: I should mention that produce is typically fresh, so dirt, and in some cases pests, can happen. It doesn’t mean it can’t be eaten. It just needs to be prepared properly!