You are here: Home / Family / What Planting Season?

This post should really be about farming. Really, it should be about Spring planting. But, to be really honest with you- I haven’t set foot on the farm for more than about eight hours in the last four weeks. And even those eight hours were mainly because my brain needed a hospital break and I already had to be there for something or another so I decided to sit down and do my bookwork.

But, in terms of being around the planter or even my husband’s field cultivating. Yea, it hasn’t happened. As a matter of fact, to be even more honest, I didn’t even see the planter in the field- once. And those calves that have calved this Spring, I have only seen them maybe six times since we started calving season. This is my only picture I have of this planting season- and our three year old took it playing with Daddy’s phone. 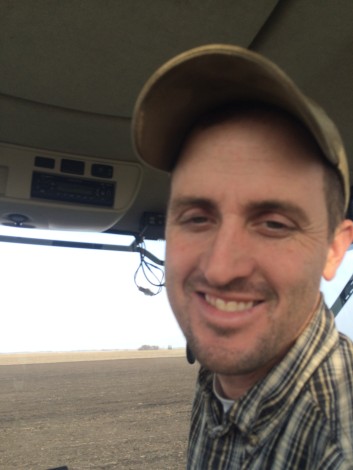 Instead I have spent 33 days in the NICU with little Elijah. It took about a week for Elliette to finally stop crying every time I left her. Then another week to finally stop asking to come with me (As a matter of fact when I told her I was getting ready for the hospital this morning she responded with “Where are you taking me?”). And now the last two weeks she is content being pawned off on everyone (She gets to see her “friends”). And then Elijah will be home and we will be trying to figure out a whole new routine of her being a big sister (Ellie is too young to come into the NICU, so we have loved having technology to show her her little brother over FaceTime). 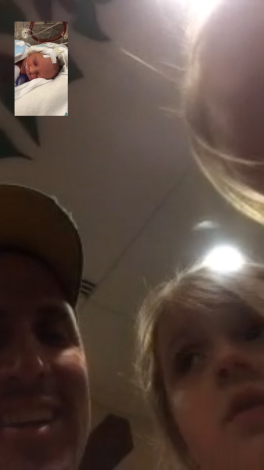 I am tired of driving back and forth. And tired of being in our little room. It’s hard to believe he is a month old and he hasn’t even been out of this room. He is four weeks old and he hasn’t met his big sister. Or even been outside. I would settle for just pushing him around the halls in his stroller! But, all the cords can’t come with me.

Amazingly, things aren’t really that busy or hectic. We take things day by day and talk ahead a few days on what our plan is for Ellie-care so I can be at the hospital. This time is just all consuming. That’s the way I have explained it.

I wake up, I spend time with Elliette. I attempt to do laundry and empty the dishwasher (which is always full- even though I have cooked approximately one meal in the last 33 days). I drive to the hospital and I do all the things you do with a newborn baby, except this one sleeps a bit more than a full term baby.

I had no idea when I went to church on Easter Sunday that my placenta was going to rupture and start leaking. I also had no idea that was even what had happened. But, I called my doctor “just in case”. And I still didn’t take it that seriously. I mean, when you are pregnant so many things go on with your body. I was joking with my hubby on the way to the hospital, for them to check me out, that I was worried I peed my pants and was now going to have to explain to his family why I had to go all the way to the hospital, on Easter Sunday, for them to tell me I peed myself.

I mean, how embarrassing. I really thought that was going to happen. Especially since I had just had an appointment a few days before and I wasn’t even dilated, effaced, or contracting in any way.

So, I didn’t know I was going to deliver my baby six weeks early. I was being monitored every month insanely close. But, everything was looking fabulous. My doctor was confident that we would meet this little guy the moment that she cut him out of my belly. 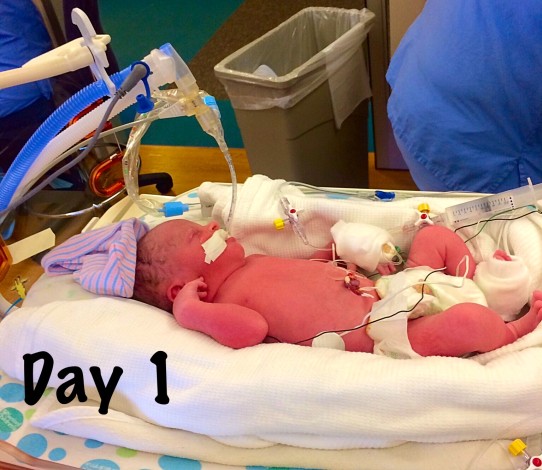 But, instead someone else cut him out of my belly- not my doctor whom I have come to trust whole heartedly. And then I got a quick glimpse of him before they ran a tube down his throat and wheeled him out.

I just had a feeling things wouldn’t go as planned. Parenthood and making our family has definitely not been easy for us. It’s been really hard actually- it has taken an emotional toll, a physical toll, and a financial toll on us.

But, for the first time since our very first miscarriage in the winter of 2008 I feel pretty okay. I feel that God has been preparing me for these days the last two years. Truly. And I find myself not asking him the question of “Why?” during my prayers; but offering my prayers of thanksgiving. That doesn’t mean it has been easy, but it has definitely made the hard times easier.

Our little blessing is finally here. And the next year of doctor’s appointments to monitor his little heart seems so minimal to the wholeness that I feel. 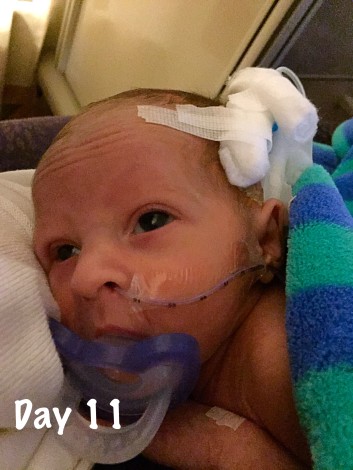 Not everyone gets to be parents. But, we do. To two beautiful little ones. A little firecracker of a girl who took her sweet time getting here (nearly two weeks overdue). And to a troublemaker little boy who couldn’t wait to get into the world (six weeks early).