You are here: Home / Agriculture / Thinking Ahead

As farmers and ranchers one thing we are constantly thinking of is the future.

Whether that is next year’s planting season or this year’s harvest. Or what we can do differently during lambing season next year to be better than the year before.
As farmers one thing we are always doing is thinking ahead. We order our seed for next year’s season when we barely have this year’s crop out of the ground.
Some would say that it isn’t a farmer’s job to worry about feeding the world. Others would say that if farmers aren’t thinking of it- then who is?!
I am definitely in that group of people. And it isn’t just the farmer it’s everyone involved in the Ag industry. Whether that’s the grower, the seed dealer, the equipment dealer, or the person that comes and picks up the milk from the bulk tank.
Feeding the world needs to be on everyone’s mind. The growers and the consumers.
It’s currently estimated that in the year 2050 the estimated world population will be 9 billion people.
That is a whole lot of people.
When our country was founded, 98% of the population farmed, now less than 1% of our population farms.
In 2050, in order to feed those 9 billion people we need to produce 70% more food than what we are producing right now. Which means we have to double our yields, or double the product that is being taken out of the field in- simpler terms.
I am on Day One of National Corn Growers & DuPont’s New Leader Program and my take away is already worth every minute.
It is once again motivating to see so many producers in the room wanting to make a change. Wanting to connect with consumers. Wanting to produce more. And caring about the future of our industry. 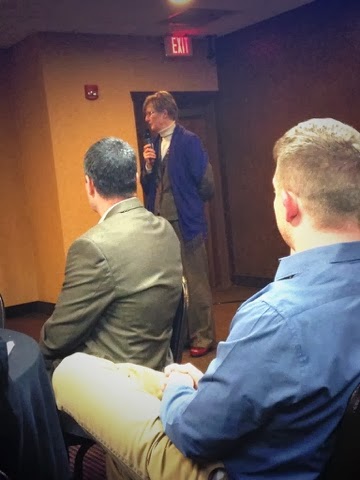