Typically on a farm or ranch you don’t see many who name their cattle. Especially when you are running a lot of cattle.

Numbers, are the way to go. Every number can mean something. I have heard of some pretty complicated numbering systems, anywhere from having the year the calf was born, to the number calf she was for her mom, to just simple plain old numbers.

For example, around here we have 100 to 800 as the numbers for our breeding cows.

In the year 2008 the cows we purchased were numbered starting with the number 8.

In the picture below you will see the number 500. It means the cows were bought in the year 2005. And she was the first that was tagged. 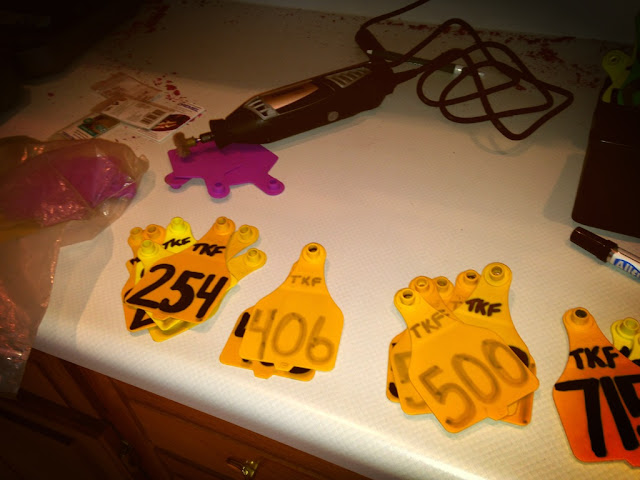 We are not the only ones who do this method. I know of a few cattle farmers and sheep farmers that do something pretty similar.

Some start with just the number one and work their way up.

I did something a little different with my heifers. Who are now going to be considered 2nd calf cows as of next year when they get bred!

Because me I am not so typical… 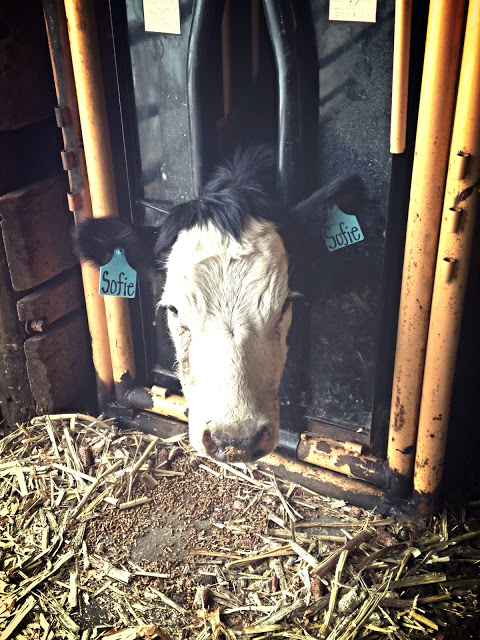 I know I planned on keeping my cows for an extended amount of time and as of right now I don’t plan on having too many. So, we decided to give them names. For the longest time I would just call them white face and black. They needed some sort of identification for my records. So, hence the names.

I named them Sofie and Eleanor. I know, it’s odd, but works for me. What can I say I like different names! When they had their calves I had a girl (heifer) calf first and immediately decided to keep her. So, I named her Ivy. The next calf was a boy (bull). I won’t be keeping him once he is bigger, but my husband didn’t think it would be right to not name him. So, he became Joey.

On the baby calves’ tags I wrote their names and then above their names I wrote E13 or S13. This tells me what cow they came out of and the year they were born.

Identification can be very formal, or very informal…depending on what type of operation you run. There are some tags that are electronic and go with the calf where ever they go. No matter how many times they are sold.

In some cases when you purchase new cows you will remove the tag they had before and replace with one of your own- to match your identification system. This is what we do with our breeding cows.

Do I think our methods are the best? Who knows! There are so many different ways out there of doing it it really doesn’t matter which is the best, it really only matters what is the best for you!